(2) Writing the names of geographical features such as mountains, rivers, lakes, and so on
地理的な固有名詞（山・川・湖など）を英語でどう表記するか迷うことはありませんか？
近年は省庁、自治体で規定を設けている場合があるので、
一般的なケースとして参考にしてみてください。 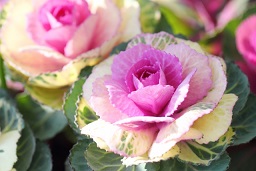 In this review, first we look at styles that can be used when you need to list Japanese-language papers in the References section of your paper. This is followed by some hints on writing the names of geographical features such as mountains, rivers, and lakes. We then conclude with a brief description of two different approaches to using the word respectively in a sentence.

Most journals have their own preferred style for listing publications in the References section, so when you are preparing a paper for publication in a particular journal, naturally you should follow the style used by that journal. Possible variations in style include whether the authors’ initials are listed before or after their surnames (e.g., “T. Suzuki” vs. “Suzuki T.”), the use or nonuse of punctuation after initials (e.g., “T. Suzuki” vs. “T Suzuki”), where the year is written (e.g., after the authors’ names vs. at the end of each reference), the use of italics and boldface, and so on.

There is, however, a certain style question that Japanese researchers often encounter if they have cited any Japanese-language papers in their report: How should the Japanese titles of those papers be written in the References section? In answer to this question, there are two main styles that can be used when referring to Japanese papers in an English-language publication.

First, try to find out whether the Japanese paper has an official English title. Often, papers that are written in Japanese and published in a Japanese journal have, in addition to their Japanese title, an English title (and also sometimes even an Abstract written in English). You can discover this by searching for the paper on the Internet, focusing on the journal or other publication in which it originally appeared. If you find that the paper has an official English title, you should use that title in the References section. Here is an example of the style you can use if you know the official English title (the following references are not real publications, but are given here only as hypothetical examples):

In the above example, “Properties of ultrathin films” is the official English title appearing on the paper itself together with the main Japanese title.

Notice that in both cases, the expression “(in Japanese)” is written at the end (without quotation marks). Notice also the use of the macron over the letter o (i.e., ō) in the romanized word Chōhakumaku (rather than writing Chouhakumaku). For more information on the use of macrons, please see Item (2) in the Winter 2014 issue of Quarterly Review (Issue No. 15).

(2) Writing the names of geographical features such as mountains, rivers, lakes, and so on

The names of peninsulas are usually preceded by the definite article, the (e.g., the Iberian Peninsula). The same applies to mountain ranges (e.g., the Himalayas), deserts (e.g., the Sahara Desert), rivers (e.g., the Ganges River), and seas and oceans (e.g., the Mediterranean Sea, the Pacific Ocean). However, the names of capes, mountains, and lakes are not usually preceded by the, because, unlike the peninsulas, etc. mentioned above, the word indicating the geographical feature (such as cape) is written first; e.g., Cape Canaveral, Mt. Everest, Lake Titicaca.

(3) Two approaches to using the word respectively in a sentence

There are two possible ways to use the word respectively in a sentence:

Type (a) is the most commonly used form, while Type (b) is useful if you are listing multiple sets of items and wish to avoid a repetitious sentence structure; for example, “Samples X, Y, and Z weighed 10, 20, and 30 g, respectively, whereas samples A and B respectively weighed 30 and 40g.”

As a final comment on this topic, note that the word respectively is always preceded by a comma in Type (a), but there are no commas either before or after respectively in Type (b).

Until next time, best wishes as always,