第42回の今回は
(1) The passive voice: Are we allowed to use it in scientific writing?
科学論文では受動態を避けるべきと言われますが、受動態の方が表現しやすいとき
もあります。その場合はどうするのが良いでしょう。 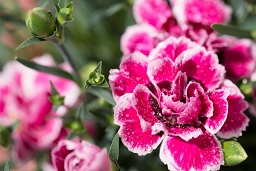 In this review, we examine the use of the passive voice in scientific writing, then look at verbs to be used when referring to figures and tables. We conclude with a few words about the correct use of en dashes in expressions such as 30–40 mL.

(1) The passive voice: Are we allowed to use it in scientific writing?

Some grammarians say that the passive voice should be avoided as much as possible, but most writers of English disagree with that viewpoint, considering it too narrow-minded. It is true that the best policy is not to overuse the passive voice, especially in situations when the meaning can be more clearly conveyed by using the active voice. However, the passive voice can be used without hesitation when appropriate.

What do I mean by “when appropriate”? Let’s look at a few examples.

We often see the passive voice used in the first sentence of the Abstract of a paper (e.g., “An experiment was conducted to determine XYZ,” rather than “We conducted an experiment to determine XYZ”), perhaps based on the assumption that the reader of the Abstract might not know yet who the authors (“we”) are. The Conclusions section of a paper often has similar wording to the Abstract, so the passive voice is frequently used there if a sentence in the Abstract is being repeated (e.g., “An experiment was conducted. . .”). In the main body of the paper, however, such as in the Introduction, the active voice would generally be used (“We conducted. . .).

In the Autumn 2012 issue of Quarterly Review, we looked at the styles used when referring to figures; for example, Fig. 1 versus Figure 1. To summarize, either style is acceptable, but the non-abbreviated form (Figure 1) should be used if it is the first word in a sentence. This time, let’s explore the verbs that can be used when describing figures and tables, with a focus on whether the active voice (e.g., shows) or passive voice (e.g., is shown) is better.

We usually use the verb show when referring to figures and tables, and this is true even in papers that contain many figures or tables. In other words, even in cases where “Fig. X shows. . .” is written many times, it is not usually considered to be repetitive. If you really wish to avoid repeating shows too many times, you could use another verb, such as presents. In the case of tables, we can use shows or a few other verbs such as lists, enumerates, and so on, but it is still best to use shows as the first choice, if possible.

(3) Using en dashes with the meaning of “to”

When writing about a range of numerical values or a period of time, instead of using the word to we can use a so-called en dash instead. For example:
Many authors use a hyphen in such cases, but the en dash is actually the correct punctuation mark to be used as a substitute for the word to. Note that there is no space before or after the en dash in this type of expression.

As well as the hyphen (-), which is relatively short, we have the slightly longer en dash (–), whose name comes from the fact that its length is approximately the same as that of the letter n in a typeset manuscript, the em dash (—), with approximately the same length as the letter m, and various other, even longer, dashes. Each type of dash has its own specific uses, which would take a whole issue of Quarterly Review to describe. The main point that I’d like to emphasize here is that it is preferable to use an en dash rather than a hyphen when the meaning is “to.”

Until next time, please stay safe, and keep up the good work!