(1) The question of spaces before percentage and degree signs:
Differences between the SI system and standard American English style
英語論文で「％と℃については、数値との間にスペースを入れない」と
覚えている方が多いと思いますが、この件について詳しく解説します。

(2) The middle of or mid-? Which is better?
”the middle of”と"mid-”ではどちらがよりふさわしい表現でしょうか？
ネイティブから見た印象をお伝えします。

(3) X or more versus more than X: An important distinction in English
”X or more”と ”more than X”はハッキリとした違いがあることをご存知ですか？
日本人によくある間違いなので、要チェックです。 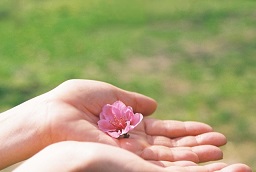 In this review, first we investigate some differences between the SI system and standard American English style, particularly with regard to spaces used with abbreviated units of measure. We then compare the expression middle of with the prefix mid-, and end with a reminder about the importance of distinguishing between expressions such as “X or more” and “more than X,” which are quite different in meaning.

(1) The question of spaces before percentage and degree signs: Differences between the SI system and standard American English style

In the Winter 2012 issue of Quarterly Review, toward the end of item (2), we looked briefly at the question of whether to insert a space between a numeral and a degree sign (indicating temperature), noting that some scientific bodies have a policy of inserting a space (the “open style”; e.g., 10 °C) while others do not use a space (the “closed style”; e.g., 10°C). Since this problem comes up from time to time, let’s examine it in a little more detail here.

Since English scientific papers in Japan are usually written in American English style (unless they are to be submitted to a journal that specifies a different style), we don’t usually insert a space before the degree sign nor before the percentage sign. On the other hand, in Japan we use the metric system (which is prescribed in the SI system) rather than the U.S. customary system of units, so we describe things in terms of centimeters rather than inches, kilometers rather than miles, grams rather than ounces, and so on.

To summarize, I recommend that you use the American (closed) style as your default style for the degree sign (indicating temperature) and the percentage sign, unless the journal that your paper will be submitted to uses the SI (open) style, in which case you should conform with that journal’s style.

Needless to say, a hyphen is not used the case of whole words such as early or late (e.g., late May, early autumn), unless the expression forms a compound adjective (e.g., late-summer temperatures; an early-August deadline).

(3) X or more versus more than X: An important distinction in English

For some reason, Japanese researchers often tend to overlook the difference between “X or more” (X ijō: 以上) and “more than X” (X chō: 超), as well as that between “X or less” (X ika: 以下) and “less than X” (X miman: 未満). I often find that, when I query such expressions in a paper, the writer wrote “more than X” without realizing that X was not included in that statement.

In English scientific writing, this distinction is generally strictly observed, so please be careful not to write, for example, “more than 10” (which excludes 10) when you actually mean “10 or more” (which includes 10), nor to write “less than 10” (which excludes 10) when you mean “10 or less” (which includes 10). Otherwise, you might be expressing quantities incorrectly.

Until next time, sincerely yours,