2017年11月24日 10時00分
第49回は次の３つのテーマ、
(1) Study, investigation, research: Are they all the same?
基本的には同じ意味ですが、微妙なニュアンスの違いがあります。
(2) Some pointers on the correct use of italics
イタリック体の正しい使い方について解説します。
(3) Recommended dictionary, thesaurus, and style guide resources
Bobさんからおすすめの辞書、シソーラス、スタイルガイドのご紹介です。
をとりあげました。

(1) Since or because? Is there any difference in usage?
理由を述べる時に使うSinceとBecauseですが、ちょっとしたニュアンスの
違いがあります。どのように使い分けるとよいか例文を使って解説します。 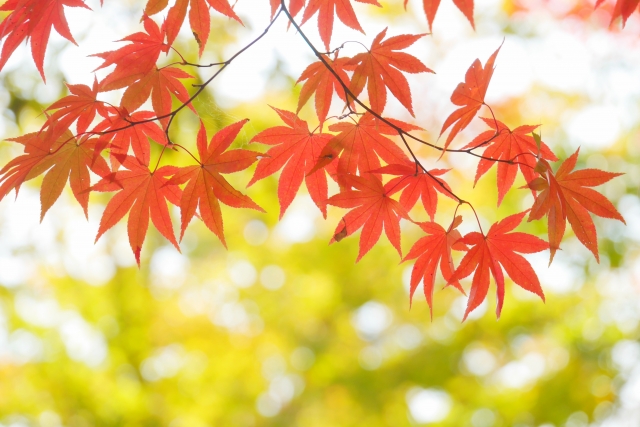 In this review, first we look at the words since and because, examining the subtle differences in their usage. We then turn our attention to another point that students of English often wonder about: changes in versus changes of. We conclude with a look at the styles most commonly used to refer to the United States (as well as the European Union, the United Nations, etc.), particularly the use of periods.

(1) Since or because? Is there any difference in usage?

Often (although not always), since will appear as the first word in a clause at the beginning of a sentence, whereas because is more likely to appear in a clause at the end of a sentence.
Here are two examples to illustrate these differences:
Needless to say, the decision as to whether to use since or because is often subjective. Also, since has other meanings (e.g., from a previous time until now), so care must be taken to avoid any possibility of ambiguity. My advice is, if in doubt, use because.

(2) Changes in versus changes of

Although we can say change(s) of X, in most contexts it is better to use the preposition in here; that is, change(s) in X. The same also applies to a number of other words that describe how things change, including increase(s), decrease(s), fluctuation(s), variation(s), and so on.

Here are a few examples:
(1) Changes in XPS spectra
(2) A steep increase in concentration
(3) Decreases in volume and molarity
(4) Fluctuations in intensity
(5) A slight variation in acidity

The preposition of could, in fact, be used in all of the above examples, but the use of in in such expressions is a more natural English style.

(3) Ways of referring to the United States in scientific writing

Although the official name of the U.S. is the United States of America, this is not so common in daily situations and is mostly seen in very formal or legal contexts. The preferred way to refer to the country in normal contexts, including scientific writing, is as the United States. It is better to avoid using the most informal version of the name, America, except in conversation or very informal situations.

When using the abbreviated version of the name, the shorter expression (the U.S.) is more commonly used than the full expression (the U.S.A.). However, it is better to use U.S.A. (without the) when describing the supplier of a device or material used in your work. For example: “We used an automated flowmeter (XYZ Corp., Williamstown, MA, U.S.A.).” The same applies in the References section of your paper; U.S.A. (without the) is the standard style. For example: “Smith, A., GHG Emission Scenarios. Williamstown, U.S.A.: XYZ Publishers, 2012.”

Note that Americans generally prefer to use periods when abbreviating the name of their country, although periods are never used in the abbreviations for states, such as MA for Massachusetts in the preceding sentence. In contrast, the abbreviations EU (for the European Union), UN (for the United Nations), etc. do not usually have periods. When in doubt, check the official website of the organization concerned to see which style it uses.

Let’s look at the adjectival form now. The most commonly used adjectival form, which I recommend as generally the best choice in scientific writing, is U.S. For example: “a U.S. report,” “the U.S. approach,” “U.S. concerns over this issue,” etc. The adjectival expression American is less formal, and is mainly used in conversation, but it is not “forbidden” in formal contexts and if you prefer this expression you can use it even in scientific writing. Taking the above examples, you could write “an American report,” “the American approach,” “American concerns over this issue,” etc. Note that in the names of companies, organizations, etc., the periods are often omitted; for example, “ABC (US) Corporation,” “XYZ & Company (USA).”

To summarize, in a scientific paper I would recommend writing the United States the first time the name appears, then the U.S. after that if the name is mentioned several times. When using the name as an adjective, U.S. is the best choice, but you could use American if that is your personal preference.

I hope that the above hints are useful to you in your work. Until next time!