【英語論文の書き方】第46回 Problematic prepositions scientific writing: by, through, and with -3つの前置詞について 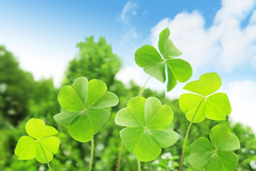 In this review, first we look at three prepositions that are commonly used incorrectly in scientific writing. We then examine ways of finding the correct names of scientific equipment and its suppliers, and conclude with a few remarks on ensuring that the papers you submit for publication are of the best possible quality.

(1) Problematic prepositions scientific writing: by, through, and with

In contrast to by+ the “-ing” form of the verb, if you use by means of (which has the same meaning as by but is slightly more formal-sounding), then this expression should be followed by a noun or noun phrase (e.g., “X was achieved by means of an increase in Y”).

While we’re on the subject of by, it can also be used with the meaning of “according to” (e.g., “Table 1 shows the compounds [classified] by molecular weight”). The important point to remember in these “by X” expressions is to use the singular form, because the basic meaning is “according to each X.”
Here are two examples:

Next, let’s look at with. Although by and with are often used interchangeably when describing how something is done, by is normally used to indicate an action to achieve a desired outcome using the “-ing” form of a verb, as mentioned earlier (e.g., “the solution is mixed by stirring it”), whereas with is normally used to indicate the tool, object, etc. that is used to achieve the desired outcome (e.g., “the solution is mixed with a stirring rod”).

With can also be used to describe a relationship between two changing phenomena; that is, “X [  ] with Y,” where [  ] denotes a verb. Here are two typical examples, together with alternative expressions that could be used:
X increases with time (or: over time, with the passage of time).
X decreased with accelerating Y (or: as Y accelerated).
Note that the expression after with is usually singular; for example, “the coercivity of the specimens increased with the annealing temperature (or: increased with increasing annealing temperature)” (not “temperatures”).

There are many other usages of by, through, and with, but the above comments will hopefully clarify some common points of confusion.

(2) Finding the correct names of scientific equipment and its suppliers

In scientific writing, and other contexts as well, naturally we have to write the names of products and companies–such as scientific equipment used in experiments, and its suppliers–correctly.

Starting with the company name, the easiest way to check the English name of a company (including a Japanese company) is to go to the main home page of the company’s website and scroll down to the “Copyright” notice at the bottom. There, even in Japanese-only websites, you will often find the company’s official English name. Another way is to check the company’s annual report, etc. on the website. A third possibility is to look at the company’s history. Often you will find an entry for a certain year stating that the company’s name was changed to such-and-such. For the names of products such as scientific equipment or materials, a search of the same website should reveal the correct names.

I have heard about a recent trend toward authors asking for their papers to be checked without the references, figures and tables (including their captions), etc. However, I believe that it is important to include all figures, tables, and references when sending a paper to be checked by a native-speaking editor, before submission to a journal. Partially checked papers will inevitably be poor in quality in some parts, the editor of the journal will not be happy, and the paper will probably be evaluated more severely by the peer reviewers. It’s best to be safe by having your paper properly checked as an integral whole, rather than with some parts missing.

I hope that the above advice is useful to you in your daily work.