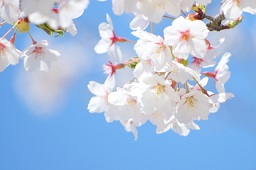 In this review, first we explore a recent change in the way that plurals of proper nouns are written. We then look at the correct usage of expressions such as previous, preceding, earlier, and so on, then end with a few words on technology versus technologies.

(1) Plurals of proper nouns such as geographical features

Traditionally, the standard practice in English has been that when mentioning two or more geographical features (expressed as proper nouns) together, such as the Pacific Ocean and the Atlantic Ocean, we would write “the Pacific and Atlantic oceans.” Here, the actual names (Pacific and Atlantic) have an uppercase initial letter P and A, respectively, but the generic term that they share (oceans) has a lowercase letter o. In cases where the generic term is written before the actual names, however, the generic term is still capitalized. So we would traditionally write “Lakes Biwa and Kasumigaura” (not lakes), but “the Kumano and Tenryū rivers” (not Rivers), “Ibaraki and Kanagawa prefectures” (not Prefectures), and so on.

Notice that the word traditionally appears twice in the preceding paragraph. The reason is that the standard practice seems to have changed! In the latest (16th) edition of The Chicago Manual of Style, the style for writing plurals of proper nouns has been revised, and, as mentioned in Sections 8.52 and 8.55, the style that was used in earlier editions has been adopted again.

In this style, the generic term (oceans, rivers, etc.) should also be written with an uppercase initial letter, which, the manual says, “signals unambiguously that the generic term forms part of each proper noun.” Since The Chicago Manual of Style is generally considered to be the “Bible” of style manuals for English works produced in Japan, I recommend that this new style be adopted. Therefore, we would write the previously mentioned expressions as follows, with an uppercase initial letter in each case:
This change in the standard practice specified by The Chicago Manual of Style is a good example of the ongoing evolution of the English language.

People often use the words previous and preceding interchangeably, as if they have the same meaning, but in fact there is a subtle distinction in their usage. Let’s look at an example in which you are writing a sentence in Section 4 of your paper, and you wish to refer to something that you have described in an earlier section.

If the section you are referring to is the one immediately before the present section (in other words, if you are writing a sentence in Section 4 that refers to Section 3), the correct expression to use is preceding. For example: (Notice that the is used here, because there is only one preceding section.)

If, on the other hand, you are referring in a more general way to any of Sections 1, 2, or 3, you can choose from several expressions that are less specific, such as previous, earlier, and mentioned above, as follows:

The best policy, of course, is always to be as specific as possible in your scientific writing, so it would usually be better to write “As described in Section 2” rather than “As described earlier” or “As described above.” However, sometimes those less specific expressions may be preferable, such as to avoid repetitiousness or when referring to more than one section.

(3) Technology or technologies? When should we use the plural form?

Some authors tend to use the word technology like a mass (uncountable) noun, particularly in the main title of their paper, even when multiple technologies are being described in the paper. As an example, we might see a paper entitled “Newly Developed Image Processing Technology.” If the paper is reporting only a single technology, there is no problem. If, however, the paper is reporting two or more newly developed image processing technologies, or describing newly developed image processing technologies in a general sense, then the plural form, technologies, should be used.

Please take good care not to become fatigued during the hot summer months.