今回の第38回では、以下3つのテーマを取り上げます。
(1) Another look at adverbial expressions, focusing on their use in the middle of a sentence
科学論文での副詞の正しい使い方
however, therefore, on the other hand, in contrast, thus, as as resultなど
日本人が特に間違えやすいポイントです。

(3) Over versus more than: Which is preferable in scientific writing?
over と more than、どちらが科学論文にはふさわしい？ 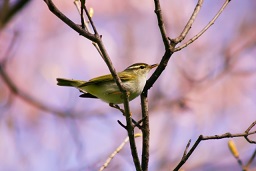 In the very first issue of Quarterly Review, released in the summer of 2010, we looked at the subject of sentence adverbials. Since adverbial expressions are an important element of scientific writing and many researchers have problems with them, in this review we again explore this topic but from a slightly different perspective. We then briefly discuss expressions indicating agreement, and finally compare over with more than.

(1) Another look at adverbial expressions, focusing on their use in the middle of a sentence

In the Summer 2010 issue of Quarterly Review, we looked at the topic of adverbial expressions, particularly those appearing at the beginning of a sentence. To refresh your memory, examples of adverbial expressions often seen in scientific texts are words or phrases such as however, therefore, on the other hand, in contrast, thus, as a result, and so on.

Scientific papers written in English by Japanese researchers often contain a series of sentences in which each begins with an adverbial expression; for example: “First, we AAA. Next, we BBB. However, we found that CCC. Therefore, DDD.” Although this is a nice, logical flow, such a writing style may seem repetitive and there is a risk that the reader might become bored.

The main point of the discussion in the Summer 2010 issue was how to avoid overusing these expressions in this way. One of the solutions proposed was to place some of them inside the sentence, rather than at the beginning. Here, we will look at the use of adverbial expressions in the middle of a sentence, with an emphasis on the different punctuation used in different cases.

Here is an example of the use of therefore in the middle of a sentence consisting of two clauses:
“X is larger than Y; therefore, Y is smaller than Z.”
–Notice the semicolon at the end of the first clause, clearly distinguishing that clause from the second clause.

Here are two examples using however and in contrast in this way:
“Y, however, is smaller than Z.”
“X, in contrast, can never be equal to Y.”

There is a small exception to this usage. In the case of the adverbial expressions therefore, thus, hence, and consequently (which all have the same basic meaning), the commas before and after the expression can generally be omitted; in other words, they are optional. Here is an example:
“A is therefore/thus/hence/consequently equal to B.” (no commas)

(2) Expressions indicating that something agrees with something else

When we wish to indicate that a result we have obtained is similar to that obtained by other researchers, the two main expressions used are as follows:

(a) agree with
Example: “The results agreed with those reported by Smith.”
To emphasize similarity: “. . . agreed well/closely with. . . .”

(3) Over versus more than: Which is preferable in scientific writing?

Although many people use over and more than interchangeably, and there are many arguments over this point, in scientific writing it is preferable to use more than when referring to quantitative values. For example: (Similarly, it is better to use less than rather than below or under.)
Instead of more than, you can also use the word exceeding; for example:
I hope that the above guidance is helpful to you in your work.