2017年6月26日 10時29分
第43回は
(1) Compared with vs. Compared to: A little help from Shakespeare
Compared with とCompared toの違いは？
(2) Some common expressions that are not so suitable for scientific writing
を取り上げました。 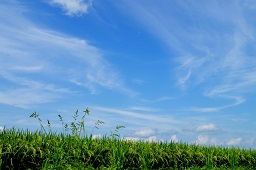 The majority of Japanese researchers and others writing in English as a second language will agree that the most difficult aspect of English is the usage of articles (a, an, and the), followed by the usage of prepositions (about, to, at, in, on, etc.). In this review, we again look at some problems with expressions containing prepositions, then examine the tenses used with the word recently, another area in which mistakes are often seen. We conclude this issue with some guidance about writing numbers in words or as numerals, as well as the correct usage of the word per.

(1) Reported about? Approach to? Are the prepositions needed here?

Another common mistake is to use the preposition to with the word approach when it functions as a verb; for example, “The values approached to the boiling point.” Here, to is incorrect and should be deleted. However, to is used when approach functions as a noun (or a noun-type expression); for example, “We adopted a novel approach to the issue.” Here is another set of examples:

So which tenses can be used with the word recently? The answer is simple: we generally use either the past tense or various forms of the perfect tense. Here are some examples of the correct use of recently with the verb increase:
[* Note: X has indicates that X is singular; X have indicates that X is plural. In the other examples, X can be either singular or plural.]

To summarize, the easiest way to remember the correct usage of the word recently is to use either the simple past tense, or any of the perfect-type tenses containing the words has, have, or had. If you keep this simple rule in mind, your expressions will generally be fine.

(3) When to write numbers in words or as numerals

Numbers from zero to nine are usually spelled out in full, unless they are used with an abbreviated unit of measure. Therefore, we would write nine minutes, but 9 min. (The numeral 9 is used if minutes is abbreviated as min.)

Usually, numbers from 10 onwards are written in numerals, not in words, up to 999,999. We would never write 3 hundred or 7 thousand (correct styles: 300 and 7,000, respectively). From the million level, a combination of numerals and words is used; for example, 1 million, 1.82 billion, etc. However, if there are three or more numerals following the decimal point in numbers of 1 million or higher, the number should be written out in full. Therefore, we would write 1.82 million (because there are only two numerals after the decimal point), but 1,821,000 (not 1.821 million, because that would result in three numerals after the decimal point).

A final word on the theme of numbers, concerning the word per. Since per already contains the nuance of “one,” it is never followed by a word such as a or one. For example, it would be incorrect to say “three samples per one container”; the correct style is simply “three samples per container.”

Until next time, please keep up the good work!